There are two main ways to be involved in sponsorship: the “passive way” which consists to write a check, and the “active way” that requires operation capabilities to support directly a team. Motorcycle dealers or works are often involved in that second way, supporting or managing racing teams. However, it is quite rare that a general business decides to leverage its engineering and operation capabilities to build a competitive bike, with the single intent to use it as a communication platform. Indeed it clearly shifts focus, resources and profit from the core business that only the passion and a solid financial footprint can overcome what an investor might define as “completely irrational spending.” That’s in a nutshell how the Horner Brothers have developed the Irving-Vincent, however “irrational” might not be the right word in this case…

For those who are not familiar with the Vincent Heritage, Phil Irving was one of the key people who made the Vincent legend; his contribution was equal to Philip Vincent himself. Indeed, as the Chief Engineer, he led the design of the Vincent engines from the pre-war Meteor to the late Black Shadow. In honor to his memory and his Australian origin, his name was associated to Vincent, courtesy of his family. Today the Irving-Vincent is still based on a 1946 Vincent Series-B Rapide but, of course, extensively re-engineered to create this fabulous and cheeky Superbike that dare to challenge the most modern and respected pieces of Engineering.

Ken and Barry Horner own KH Equipment in Australia. Passionate about Vincent, they started to work on the Irving-Vincent in 1999 to address the demand for Vincent parts and demonstrate their business capabilities. However, it did not take long before they bet that they would be able to design a complete bike, competitive enough to win in the Superbike Historic championship. From 2003, the Irving-Vincent started to align victories and finally in March 2008, the air-cooled two-valve pushrod V-twin made its outing on the Daytona Speedway, where it beat a horde of liquid-cooled multi-valve Superbike race replicas, ridden by experienced riders such Doug Polen, a two-time world Superbike champion.

“We wanted to go to Daytona, because especially after the Britten raced there, it gets maximum exposure worldwide, and it’s the top race to be in for the later kind of bikes,” said Ken. However, anyone knowing the capabilities of modern machines such the lineage of the Ducati 851-998 would have predicted that it would be “impossible” for the Vincent, a bike designed in 1945, to simply play against an 8-valve Desmo machine, whatever the noble DNA of the original design.

The Horner Brothers believed in the Vincent engine and its ability to deliver massive power and torque at relative low revs, but the challenge was to turn a seventy years old engine into a monster of the modern track racing. It is where KHE expertise was able to make a difference, leveraging their technology and experience gathered from the Australian V8 Supercars championship and their capable skills in metallurgy and precision engineering. The Evolution 1 of the Vincent delivered 135 bhp, running on a mix of methanol with a 1299cc configuration, but later the 1571cc pushed further the limit to 165 bhp @ 6500rpm and 130 Lbs/ft on racing gasoline. Finally, the latest Evolution 4, with its 4-valve heads (8-valve total), delivers a hefty 186 bhp @ 7300rpm with 142 Lbs/ft @ 6500rpm.

The chassis was never seen as a major challenge simply because the best components were available for the project. The general architecture remains similar to the original Vincent with its stressed engine, but as you can guess the result is far away from the 1946 design. Top notch components are used such upside-down forks and a fully-adjustable monoshock, both from Ohlins, 17-inch Dymag cast magnesium wheels and massive radial mount AP brakes with 320mm disks on the front and 225mm on the back. The result is extremely compact and weighs less than 385 pounds with oil but no gas.

The latest 8-valve engine is also incredibly smooth for such big displacement with no balance shaft. It pulls very hard from 3000 rpm to the shifter limit at 7000 rpm. It also provides a massive and flat torque curve that makes the difference compared to the modern super-square engines, especially when you get out of the curve, complementing its aptitude on the brakes with a very stable and predictable demeanor. Exceeding 170 mph is “quite something” if you consider that the engine retains most of its ancestors’ signature: an air-cooled mill with typical short pushrods, including the 4-valve head design which were conceptually designed by Phil Irving before the factory shutdown, but was never implemented.

Ken Horner remains quite open on future derivative road bikes, but this is another leap from where KHE is today. The difficulty to establish a profitable business case for mass production added with product liability, global distribution network and tough emission compliance are where most of the entrepreneurs stumble in those projects. We wish Ken Horner all the best on that perspective in the future, maybe partnering with big name of the motorcycle industry will be the solution? 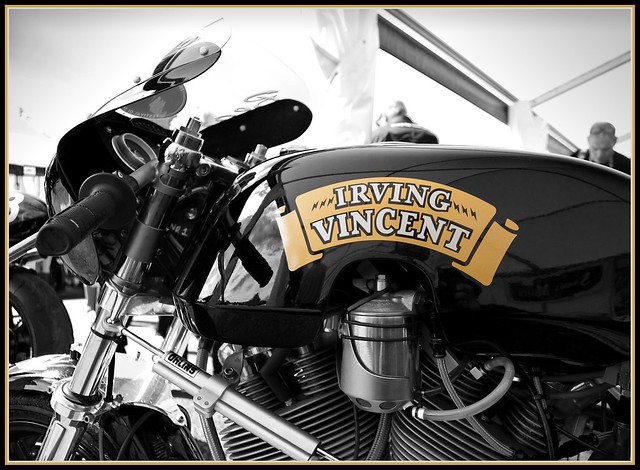 For those who are not familiar with the Vincent Heritage, Phil Irving was one of the key people who made the Vincent legend. His contribution was equal to Philip Vincent himself, leading the design of the Vincent engines from the pre-war Meteor to late Black Shadow. The Horner brothers created this brand, associating the name the legacy of the Vincent brand with the name of the person who had the strongest influence on the Vincent design itself. Photo © davekpcv 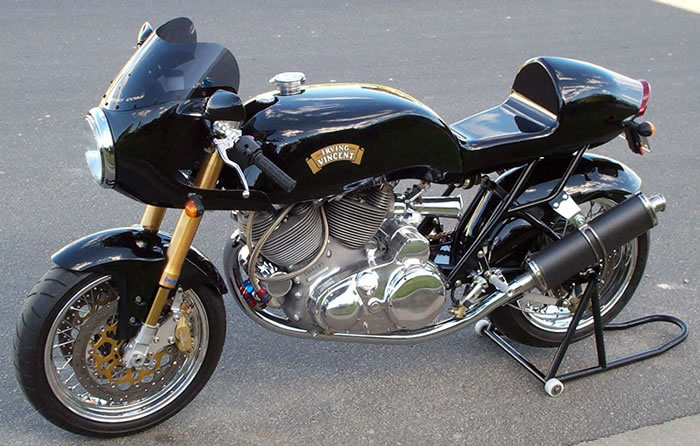 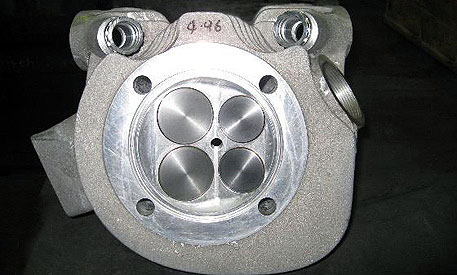 Ken Horner Engineering Open Day, 2014. It will provide you some insight about the kind of business KHE is involved.